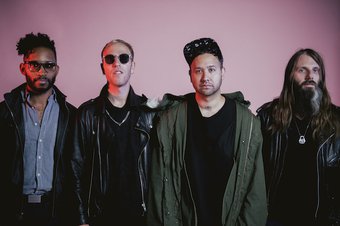 After disbanding New Zealand's the Mint Chicks, Portland, Oregon's Ruban Neilson planned to quit music and take on a day job. For a hobby, he started making psychedelic demos in his basement using samples. Soon, music took over as a career again, and his fun brand of experimental pop ended up in the hands of Fat Possum Records, who released Unknown Mortal Orchestra's self-titled debut in the early summer of 2011. As interest in the project grew, Neilson enlisted the help of a full band for a promotional tour and then signed with Jagjaguwar for UMO's sophomore album, II. During the tour, Neilson was often asked to pop in to radio stations and play a couple songs. Having just picked up acoustic guitar, he saw this as a chance to explore a different sound and style, which he documented on 2013's EP Blue Record. Recorded to one mike in his basement, the record is made up of three songs from II and covers of Dirty Projectors and Beck. Neilson spent much of 2014 working on the next Unknown Mortal Orchestra album, Multi-Love. Though Jagjaguwar gave him a budget large enough to record in a "real" studio, Neilson retreated to his home studio and his homemade synthesizers and recording gear. With his brother Kody helping out on drums (and his dad Chris on occasional horns), the music he crafted turned away from the expansive psychedelic sound he'd established toward something more focused, with soul and R&B influences mixed in. It also delved deeply into the period of romantic turmoil Neilson was experiencing as he recorded the album. Multi-Love was released in May of 2015. 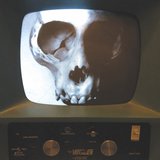