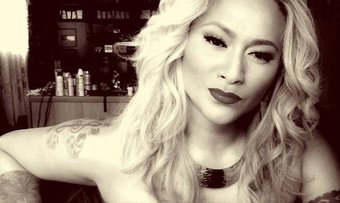 She also recorded a Gospel album titled "Everything", which was released in New Zealand and Australia in English and Te Reo Maori. Williams is New Zealand born of Samoan and Fijian descent and is the oldest of a super musical family. Her brother is the top of the charts music artist J.Williams, her sister Emily Williams was the second place winner of Australian Idol in 2005 and her youngest sister Ezra Williams is an emerging musical theatre talent.

Lavina joined the World renowned Musical "The Lion King" in Australia then secured a principal role as the sassy and short-tempered hyena, Shenzi, in Germany and Singapore as well as understudy for Queen Sarabi and Rafiki, the King’s loyal baboon. Lavina entered Australian Idol, coming 8th place in 2006, then moved to Germany to write and produce music for the music competition show Pop Stars. She also did a mini tour in France, playing Denna in the musical Dream Girls and also secured the lead role of Motormouth Maybelle in the hit Broadway musical "Hairspray" at the Skycity Theatre in New Zealand in 2014.

She has worked as a backing vocalist with top NZ artists like Ginny Blackmore and Stan Walker. She was also the opening act for the international band One Republic on their national NZ tour.