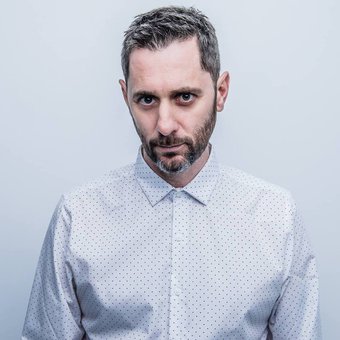 Sola Rosa is one of Kiwi music's most evolutionary and enduring acts.
With seven full-length albums, four EPs, a handful of hits, countless collaborations and numerous world tours, it's been a near 20-year labour of love for the man behind the music, Andrew Spraggon.
And although it's punctuated with twists and turns in the form of constant change and innovation, one thing has remained the same - Spraggon's steadfast commitment to making great albums that seamlessly blend a myriad of genres, from hip-hop and jazz, to neo-soul, latin and funk.
Now, the Auckland-based music-maker is poised to unveil the next steps in the Sola Rosa journey. It begins with the stonking beat-heavy track ‘So Fly' featuring British singer Kevin Mark Trail, who rose to prominence in the early 2000s working with The Streets.
It has always been Spraggon's modus operandi to delve further into new musical territories and that's exactly what he's still doing. Add to that, Spraggon's simple desire to keep making music that he loves, and you've got a winning combo. "I was really reinvigorated going to Europe on the last tour where such a wide mix of people, from all ages, were really in to our music," says Spraggon.
The Auckland-based songwriter, producer and musician is constantly working on song craft and despite his uncanny knack of finding the perfect vocal accompaniment - think Iva Lamkum on Turn Around, L.A Mitchell on Spinning Top and the aforementioned Kevin Mark Trail - he's always searching for new artists to work with.
"I'm always looking to collaborate with others who are also artistically looking for challenges. And, Andy Morton - who is mixing the new material and has worked with Fat Freddys Drop, Nathan Haines, Dimmer and renowned Kiwi producer Mark de Clive Lowe - is really great when it comes to taking my production and making it sound so much more expansive. He'll say what he does and doesn't like and although, initially, I may be very protective of the tracks, once I sit on them for a while, I always tend to prefer his mix to mine."
As a sought-out act on the European festival circuit, Sola Rosa is always striving to push the envelope with its sonic vibe. That said, Spraggon hasn't caved to pressure to conform to musical trends and continues to make music that he himself loves to listen to.
And although he recognises we're now living in the digital age of the single, he'll keep making albums for as long as he's making music. "I look at albums as a body of work, something tangible that represents a period in an artist's life. An album is extremely more difficult to make than a single and that alone makes you work harder to ensure each track matters."
It's a resolve that's reflected in the self-assured vibe that runs through Sola Rosa's new tracks, as it is also proof that Spraggon truly is one of Kiwi music's great battlers and he's in it for the long haul. In the meantime, watch this space! 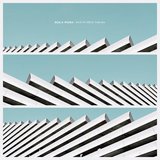 Back To You Ft. Noah Slee