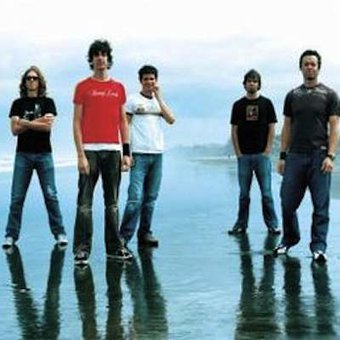 Formed in 1996, Auckland band Eight have been in no rush

instead allowing their music to breathe and take shape over time. This willingness to explore and define their own sound has been rewarded, as Eight's music is both mature and powerfully dynamic. Their songs capture a variety of moods from enveloping rock radio hits to brooding melodic soundscapes.

Although relative new-comers on the wider public radar, Eight have been quietly but firmly establishing their presence on the local music scene. They have independently released three singles in New Zealand to date ('Whale', 'Moments Gone' and 'Shift'), all of which have gained solid sales and received high rotate radio and music television support.

Eight has a high degree of industry experience amongst their own ranks also. Drummer Paul Russell was an original member of the hugely successful group Supergroove, and more recently was part of Che Fu and The Krates. He and other members of Eight have also performed with the likes of Anika Moa and Brooke Fraser.

On stage Eight's passion for their music is clearly evident. They have performed alongside some of New Zealand's finest bands as well as in support of international acts Creed and Incubus. The dynamic scope of the music allows the band to take their audience on a unique journey, making their live performance a memorable experience. Eight began 2004 with a successful 16 date summer tour featuring Goldenhorse and Brooke Fraser. 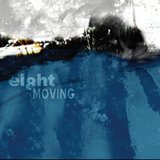 'Moving' was recorded over five months in a two storey villa in central Auckland, the home of producer Malcolm Welsford. eight were determined to capture the live feel of their ...