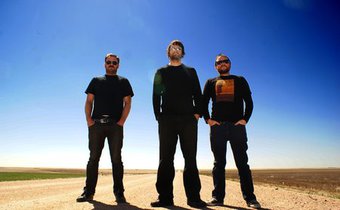 For those who have seen their blistering live show, Kerretta will no doubt be high on the "to see" gig agenda.

This blistering instrumental three-piece from the hinterlands of Auckland, New Zealand has enchanted audiences with its rhythmic onslaught since 2006.

Described variously as "lead-heavy" with "sparse and beautiful" moments, the trio have carved out a unique brand of dark rock that is scattered with melodic hooks.

Within a short time of its release, the band's first single, Death in the Future, became the second most-played track on New Zealand college radio in 2008. From there Kerretta quickly gathered an enthusiastic following, sharing stages with Explosions in the Sky, Mono, the Breeders and ‘Trail Of Dead, before releasing the Antient EP on 12" vinyl.

Their triumphant debut LP Vilayer was released in 2009 and was nominated for the 2010 Taite Music Prize - the New Zealand equivalent of the UK's Mercury Awards for song-writing.
On September 16 2011, Kerretta released their second album entitled "Saansilo" on gatefold vinyl, CD and digital through Golden Antenna Records [EU] and Midium Records [USA] and this was toured through Europe relentlessly.
On September 5 2014, their third full length LP entitled "Pirohia" will be available worldwide. 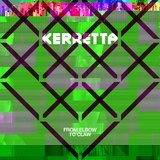 From Elbow To Claw