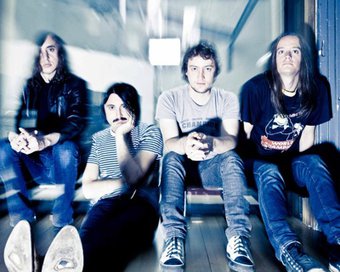 Christian Livingstone joined the band in 1997 as a second guitarist. They entered and won the 1999 89FM Battle of the Bands competition in Hamilton, New Zealand.

By 2000 the band had renamed themselves 'The Datsuns'. In August 2000 they released their first single, "Super Gyration!," on 7 inch vinyl only. In July 2002, after featuring several times on John Peel's programme on the UK's BBC Radio 1 and being hailed as "the future of rock" by the British music press, the band signed with the V2 record label. Their self-titled debut album made a strong impression in the UK, as well as in Australia and New Zealand. The Datsuns toured Australia in 2002 with Melbourne band The Specimens & The Casanovas as well as playing a live to air on PBS radio.

They played Ozzfest in 2003 on the mainstage alongside the likes of Ozzy Osbourne, Marilyn Manson, Korn and Disturbed. They also played the main stage of the 2004 and 2009 Big Day Out festival and opened for Metallica in their Australian tour in 2004. Metallica drummer Lars Ulrich had previously praised The Datsuns on the revival debut of Headbangers Ball before playing their video for "In Love." Their second album, Outta Sight, Outta Mind, was produced by Led Zeppelin's John Paul Jones. It didn't receive the same praise as the first, as critics gave it only a lukewarm response.

In October 2006, the Datsuns came back with Smoke & Mirrors, heralded as a return to form in Australia and New Zealand. The album was met with generally positive reviews, although it was not reviewed as widely as the band's first two efforts. After the release of the third album, drummer Matt Osment was replaced by Ben Cole.

The Datsuns went on a New Zealand tour with Shihad during the Christmas/New Year's period 2006/07.

The band then completed a tour of Europe to promote Smoke & Mirrors. Although playing mostly locations the band had not previously visited, The Datsuns still managed to sell out the majority of the European dates.

The band's fourth album, Head Stunts (an anagram of The Datsuns), was released on 6 October 2008. The band recently toured New Zealand, Australia and America to try out new songs such as 'Eye Of The Needle', 'Human Error', 'So Long', 'Hey Paranoid People What's In Your Head', 'Your Bones' and the limited edition single 'Highschool Hoodlums'.

To coincide with the release of Head Stunts, the quartet embarked on a tour of the UK and Europe.

The Datsuns are currently writing new material for their fifth album, due for completion by the end of the year (2011), and being recorded at Dolf's studio in Stockholm. 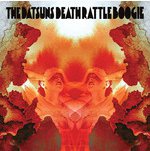