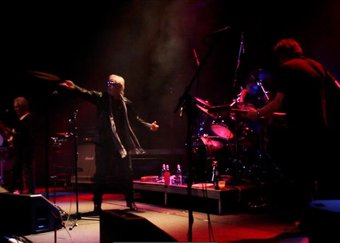 Ticket, New Zealand's most acclaimed rock band of the early 70s, is back, and playing with more creative fire than ever.

Formed in Auckland in early 1970, Ticket brought together four of the country's most respected musicians.

• Guitarist Eddie Hansen started out in Christchurch with The Blues Revival; by 1969 they had moved to Auckland and morphed into teenage chart-toppers The Revival.
• Drummer Ricky Ball was a member of high-energy Auckland pop band The Challenge.
• Bass player Paul Woolright had been a fixture on the Auckland club scene with bands such as The Entry
• Vocalist Trevor Tombleson had sung with Cheyne and Jamestown Union.

All four were seeking something more. Inspired by the more experimental and psychedelic sounds of overseas bands like Cream, Traffic and Jimi Hendrix Experience, they formed Ticket and set out to push the boundaries, test the limits, find out what they - and their music - were capable of.

In performance, songs could stretch to 20-plus minutes in length, with virtuosic soloing from all members of the group. Unusually for those times, a high proportion of the material was original.

Ticket's reputation for fiery live performances made them a major draw at clubs, campuses and concerts all over New Zealand. They preceded Elton John at Western Springs Stadium and Black Sabbath at the Great Ngaruawahia Music Festival, headlined several local festivals and shared stages with Jerry Lee Lewis and Daddy Cool, before shifting to Australia, where they established a new and equally ardent following. They were the only band to have two songs featured in the soundtrack of Morning Of The Earth, the biggest surf movie ever from Australasia.

By 1973 Ticket had disbanded, although all members continued to make music. Hansen toured New Zealand with Living Force before moving permanently to Australia, while Woolright and Ball reappeared in such popular New Zealand bands as Pink Flamingos and Hello Sailor.

Awake, the first of two albums recorded by Ticket during their brief but incendiary career, has long been recognised as a classic, not just in terms of New Zealand music but of the psychedelic rock genre as a whole. It even produced a hit single, the song ‘Country High', which still crops up on classic radio playlists. In late 2010 Awake was issued on CD for the first time by Australian label Aztec, in a deluxe package that included the original disc remastered, singles and bonus tracks and a booklet with photos and a detailed history of the group.

To mark the reissue, Ticket reformed for the first time in over 30 years and played concerts last year in Christchurch and Auckland. It was clear that the chemistry was still there. After witnessing their show at the Kings Arms, Jordan Luck commented that Ticket were "the hottest band in New Zealand right now." Re-energised and excited by the possibilities, Ticket have confirmed further gigs. 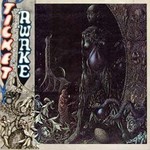