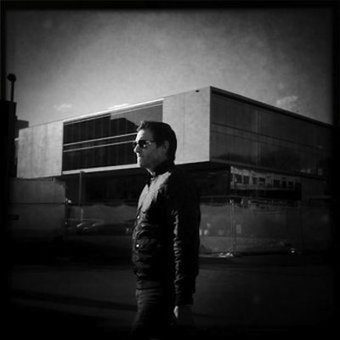 Over the years there have been many versions of the Greg Johnson Band, but through the multiple personalities and faces there has always been a common thread, the production of haunting melodies and bittersweet songs.

The earliest recorded version of the Greg Johnson Set grew out of the remnants of 8O's electronic Car Crash Set. Greg, who had just folded his short-lived. This Boy Rob, imported his Dutch friend Joost Langeveld on bass and the Set was born. The first drummer was a really unreliable drum machine! This band went on to record the first album The Watertable which included the singles Strange and Everything Spins. The release of the first album on Trevor Reekie's Pagan Records did not set the charts on fire but reviews went on to recognise that Greg was an emerging songwriter with a penchant for words, wit and double entendre.

The second transition of the Greg Johnson Set was like a party that went on too long. Johnny Fleury came in on Chapman Stick (don't ask), replacing Joost, Scott Rodgers finally settled a long list of drummers and a second guitarist Chris McKelvie came in on the latter stages of the second album Everyday Distortions. The band looked like they were in between rehab and Womad. The album Everyday Distortions produced the singles Two Feet off the Ground, Talk in this Town and Isabelle, the band'S introduction to the New Zealand top 10.

The single Isabelle cost the record company a lot in vodka giveaways but what it spent on promotion was compensated for in studio cost. Isabelle was a second choice song that was recorded and mixed in 6 hours. James Holt who made those first videos is now a successful international Film Director.

Everyday Distortions went top 2O but it was the third album Vine Street Stories that was a turning point. For a start, it sold more but it also represented a lyrical cool that reflected Greg's other job at that time which was hanging out in Auckland nightclubs playing and writing with jazz ensemble Bluespeak. Vine Street Stories was a frustrating album to record and financial constraints dictated that the album be recorded over a long period of time in a variety of studios.

It wasn't until EMI New Zealand came in with the final chunk of budget that the album could be completed. While half the album was recorded in Wellington and Auckland, the other half was recorded at Vine Street where far too much money was spent on cheap red wine, the heater put the piano out of tune, the producer Nigel Stone developed claustrophobia and the band line-up was once again tested. The album was definitely a product of a special time!

The Vine Street band was a hard touring outfit and miraculously, casualty free. For the record, founding keyboardist Nigel Russell left for family commitments, Johnny Fleury left to teach music and was replaced by the enigmatic Boh Runga and Andrew McLaren team who later went on to form Stellar*. Former Warratah' bass player Clinton Brown sat in until he left for Ireland and was replaced by current bassist Mark Hughs. A few others fell off the edge but stories of brawling, addiction and annihilation are mostly myth. In between Vine Street Stories and the fourth album Chinese Whispers ame a single Softly On Me which was recorded with Dave Dobbyn.

The 4th album was the first with Greg signed directly to EMI New Zealand and had a decent budget (although the cheque was nearly lost in Showgirls!).

Recorded and co-produced by old friend Chris Van de Geer, Chinese Whispers introduced drummer Wayne Bell and second guitarist Mark Bell (not proven that they're related). The album spawned the single Liberty which won the prestigious APRA Silver Scroll Award. Chinese Whispers was mixed down in a haze of smoke with Englishman Jeremy Allom in a Sydney back street studio. The car used on the back cover was borrowed. On the eve of a UK/Ireland tour original guitar player Trevor Reekie left the band to concentrate on running Antenna and Pagan Records. He is still alive.

The band continued to tour frequently and went on to record with producer Ian Morris a.k.a Tex Pistol, the fifth album Seabreeze Motel which by anyone's count makes for a respectable published catalogue of songs. Always the raison d'etre - keep putting them out there!

"THE BEST YET, has integrity, says Johnson, some of the stuff now sounds better than it ever did. Chris Van De Geer and I spent a lot of time in Sydney mastering things that never had that kind of attention originally."

"The story is a long way over from over but this compilation represents some of the best musical moments yet..." 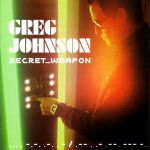 Secret Weapon is Greg Johnson's first independent album since Everyday Distortions in 1995 and the first to be released in New Zealand on his own label JMA. There's no plan ...