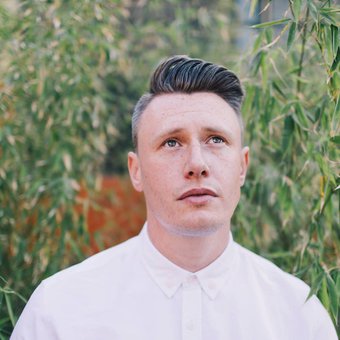 Independent soulful singer songwriter Louis Baker is inarguably one of the most compelling voices to emerge in recent years from New Zealand's fertile musical landscape. Crafting his work with a deep artistic integrity, Louis has gathered a loyal following that spans the world over. Everyone from India Arie ("Louis Baker, you sing my soul,") to the international music community (BBC 6 Music, Clash Magazine, The Line of Best Fit, Earmilk) have shown love for what he is, and has become.

In 2013 he was selected to attend the prestigious annual Red Bull Music Academy in New York. He then went on to London and recorded his self-titled EP which debuted at #3 on the NZ Album Chart, and was a top five finalist for the 2014 APRA Silver Scroll Award for his song Back On My Feet.

Baker has built up over 7.5 million Spotify streams from fans across the world alike and performed at festivals across the world, including Field Days, Sziget Festival, Sonar Festival, Berlin Festival, The Great Escape, and Splendor in the Grass, building an appetite for bigger crowds as well as more intimate spaces.

In August last year, he stopped us still with the first of four new singles "Rainbow", which has recently been announced as a Top 20 song for NZ's most prestigious songwriting award, the Apra Silver Scroll. Sunday Star Times music writer and long-time music critic, Grant Smithies said of the song, "A glorious song this - sad and sparse, wise and true, with a restraint to the vocal that suits the vulnerability of the love-lorn lyric."
​
Following Rainbow Baker released "Fade", co-written and produced by Brad Ellis of London based hip-hop / electronic duo The Nextmen. Baker then released ‘Gave it All Away' as two versions, a strikingly raw acoustic version and an electronic dance track produced by none other than Fat Freddy's Drop legend behind the MPC, Mu. The version was featured by Red Bull on their 20 before 17 release which ran across 2016 covering their biggest moments (and artists) of the year alongside the likes of Dizzee Rascal, Mike Will Made It, YG, Lil Wayne and Erykah Badu, to name a few. Baker's latest release ‘Addict' saw him team up with two-time Ivor Novello winner and Grammy nominated songwriter and producer Sacha Skarbek, producer Josh Fountain (LEISURE) and fellow New Zealander Em-Haley Walker (aka. Theia), resulting in a song with a strong R&B sensibility and a seductive soul feel. 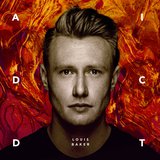