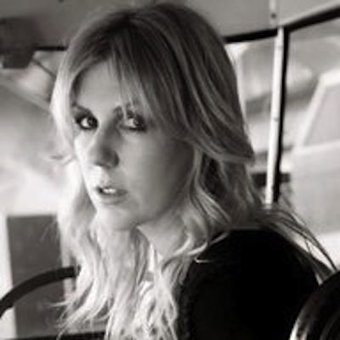 Miriam Clancy has been abducted by aliens.

They've used her in experiments, probing her with a curious selection of moody instruments and mixing her with the blood of some of the great singer/songwriters of our time. Lucky for us mere mortals, they've teleported her back to earth implanted with an endless wealth of new experiences and even deeper, more heartfelt stories to share.

But extraterrestrials and talent spotters alike have had their eye on Miriam long before the release of 'Magnetic', even before her debut, 'Lucky One'. Way before.

Miriam's real story is a bit more down to earth than encounters with our celestial counterparts. Through a stormy upbringing, music seems to have handed Miriam a purpose, an escape and a will to hunt for beauty in life. That, and a love for minor chords.

From scratchy beginnings belting out covers in small New Zealand towns - through to the point where she was the natural choice to play support for the likes of Ron Sexsmith and Wilco, Miriam has always frequented a spot, somewhere between melancholy and rebellion. A secret musical stopover where she still hangs to this day.

During this timeline, she somehow managed to teach herself to play the guitar, study music and cram big songs song ideas into small tour vans. Her experience now far outweighing her teenage years. Even on a slight detour over to Kuala Lumpur, as you do, Miriam gained even more depth to her soul and a higher profile by belting out ballads in a club.

She returned to Auckland and soon enough was bashing out new songs on a beaten up guitar, from which eventually, a debut album ‘Lucky One' was forged. This time in her life had Miriam touring herself silly and embarking on more of those international detours.

After a debut to die for, Miriam now looks ready to dazzle the rest of the known universe with a constellation of truly magnetic new songs that can't help but stick to even the most repellent heart. Yes, Miriam's got some stories to tell.

Along for the ride into the stratosphere, 'Magnetic' has drawn together the stellar talents of members of Supergroove, SJD, Opensouls, Trinity Roots and more. All gravitating around one of the best songwriters this planet has seen in light years. Miriam Clancy will have you tangled in mystery, and at the same time, draw you in with lyrics you'll think were written just for you. But whomever she is singing about on one of the 13 songs on 'Magnetic', should find it possible to feel even luckier than on Lucky One. 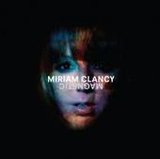