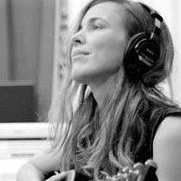 Born in southern California to her music lovin' peace-making parents, Reb Fountain had a bit of a rough ride before eventually ending up in her current life in Auckland.

Initially arriving by ship into Lyttleton harbour with only $100, Reb's family relished in get-togethers and sing-a-longs.

Following her heart on her OE to London and then back to the States, Reb studied performing arts in Seattle, Washington. As a jazz vocalist, Reb landed a place at the prestigious "Dimitriou's Jazz Alley" club, immersing herself in the work of the greats – Eartha Kitt, Tito Puente, Flora Purim and many others.

Reb Fountain has recently wooed audiences on an extensive nationwide winter 2008 tour with Johnny Barker aka Sleepy Kid. She had earlier teamed up with Barker at the 2008 Silver Scrolls Awards, where they honored The Top Twins Hall of Fame induction, performing 'Milestone' to wide acclaim from industry insiders and their
musical peers. 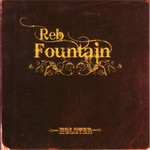 Reb's new album Holster, is immediately beautiful, carrying child-like innocence and serenading peace, before she slowly reveals her tough side through edgier electric numbers with her backing band, The Bandits. ...