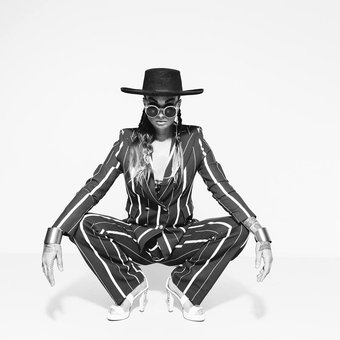 Look up “soul” in the dictionary, and dusky-voiced chanteuse Hollie Smith embodies every aspect of the term.

Hollie Smith is one of New Zealand's most predominant & iconic musicians. After working with numerous bands including Trinity Roots, Fat Freddy's Drop and Detroit dance legend Recloose, she was approached by NZ songwriting royalty Don McGlashan to perform on a movie soundtrack single ‘Bathe in The River' that topped the New Zealand singles charts and became one of the biggest and iconic singles in New Zealand history.
This set the stage for Hollie's debut album ‘Long Player' released in 2007 which went straight to number one on the NZ charts. The album reached multi-platinum status, and was followed with sold out tours and then saw her take away several NZ music awards that year which included ‘Best Producer', ‘Best Female Solo Artist' and ‘Breakthrough artist of the year'.

In 2010 she released her second album ‘Humour and the Misfortune of Others' which reached #1 in the charts and gold status in New Zealand, and followed it up with the 2011 release of her 3rd album ‘Band of Brothers Vol 1' - a remarkable collaboration with Mara TK from Electric Wire Hustle, and her biggest shift left from any music she had previously released.

Then in 2013 she collaborated with fellow iconic NZ singers Anika Moa and Boh Runga to release the album ‘Anika Boh Hollie', and then immediately followed it with a successful winery tour of New Zealand.
In 2014 Hollie toured Canada, the US and the UK, including two powerhouse performances at the prestigious Montreal Jazz Festival, wowing the crowd performing two sets to over 50,000 people.
Hollie performed a series of shows in Australia in 2015 including the Queenscliff Festival, and in October released the single ‘Lady Dee', following with the singles ‘Helena' & ‘Lead The Way' and album title track ‘Water Or Gold' in the lead up to her eagerly anticipated latest solo album which was released in New Zealand in April 2016. ‘Water Or Gold' entered the New Zealand charts at #1 sitting in the top 10 for 3 weeks.

This new album from Hollie Smith sits squarely in jazz and soul realms, and yet, it's also one her most daring, as she inches into new territory - rollicking rock and blues, to be specific - and was mixed at Bunker Studios in New York by Aaron Nevezie who has worked with such artists as The Black Keys, Dangermouse and The Roots.
Hollie Smith is a prolific hardworking singer/songwriter and performer, and has always maintained a highly respected reputation of creating music with the upmost integrity & passion, not to mention her incredible live performances and powerhouse vocals. 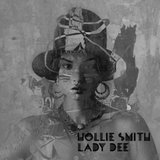