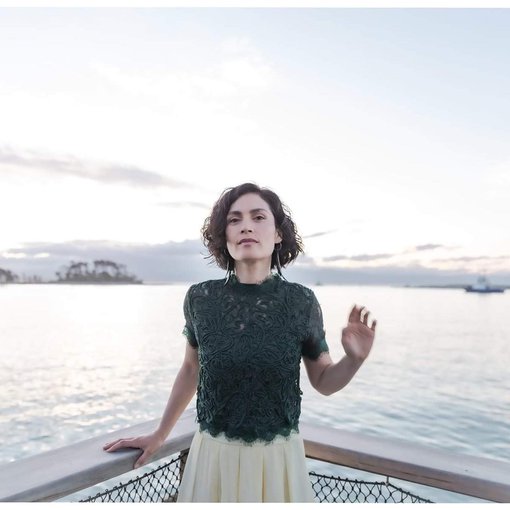 With a stellar career as a solo artist and part of the Fly My Pretties collaboration, Anna has been part of our programmes since 2004. Anna’s skill in creating songs with students of all ages means her workshops are in high demand, and she has worked with schools in Auckland, Raglan, Rotorua, Hamilton and the Coromandel.

A Smokefreerockquest winner herself at Hamilton Girls High School in 1998, Anna mentored SFRQ finalist Kimbra in 2004 and 2005, and Solo/Duo winner Georgia Lines in 2014. In 2015 Anna mentored the band Reciprocate at Alfriston College, who went on to win Smokefree Pacifica Beats.

--
Anna's bio: Anna Coddington returns Nov 27 with her new album, Beams. Four years on from her previous record Luck/Time, this album sees Coddington dive into the personal to draw out the universal.

Leaning into her indie sensibilities, while maintaining a pop edge, Beams sees Coddington exploring her place in the world across 10 tracks as a mother, musician, M?ori & human being. After spending long periods of her career shying away from these subjects, Beams sees Coddington tackling them head on & at full speed, with honest abandon.

Since the release of her last album, Coddington has performed with the likes of Fly My Pretties, the Auckland Philharmonia Orchestra, the Christchurch Symphony Orchestra, the Blackbird Ensemble & more. She has also co-written with, and produced for other artists, and composed the original music for the TV series ‘Head High', all while maintaining a robust writing ethic.

Anna is one-half of electronic duo Clicks with producer Dick Johnson, and they have released a steady stream of dance floor gems.

“Anna’s Mentorship really benefited our students. For me it was seeing them become more confident at being song writers. That anybody can do it and give it a go. Prior to this, I don't think any of the students believed they could be writing their own songs.”