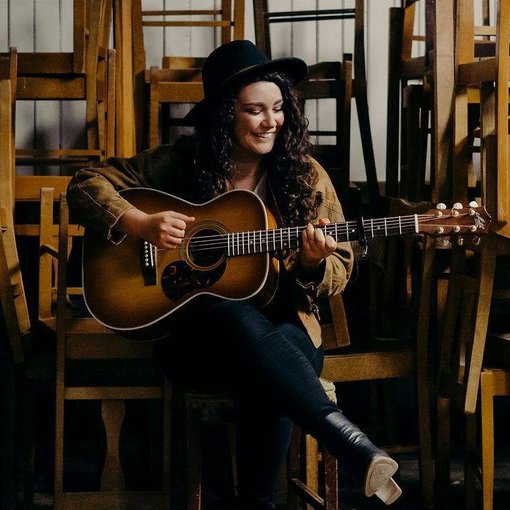 Hailing from Southern NZ, Jenny Mitchell is an artist who blends folk, alt-country & Americana into her own captivating style. With songs wrapped in wisdom and wit, this young kiwi songwriter is rapidly capturing fans across the globe.

Jenny has graced dozens of festival stages including Australia's Maldon Folk Festival, Nannup Festival and, of course, the Tamworth Country Music Festival. At home in NZ she's been on the Canterbury and Wellington Folk Festival bill and was a guest on the 2019 Southern Fork Americana Fest lineup. Along with festival appearances, Jenny regularly tours her music through homes in every nook & cranny of NZ. Her sought-after House Concert's offer an intimate musical experience that's sure to delight audience members of all ages and bring local communities together.

Her 2018 record Wildfires presented the best of her wisdom and wit. Produced by Sydney's Matt Fell, Wildfires was awarded the 2019 Tui for Recorded Music NZ Best Country Music Artist. Following her first Tui, the album became the first NZ album in history to receive a nomination for Alt-Country Album of the Year at the 2020 Australian Golden Guitar Awards.

During the live music drought of 2020, Jenny recorded a live, visual EP with her younger sisters and country singin' Dad. The Grainstore Sessions has mesmerised her loyal audience and attracted many new fans, who are eagerly awaiting the release of new original music in 2021.

Jenny Mitchell's versatility is rapidly capturing fans across the globe. She is comfortable with a country twang or softly spoken ballad and presents songs wrapped in wisdom and wit. With recent appearances with Tami Neilson, Julia Deans and Australia's Felicity Urquhart, it's clear this is just the beginning for a young artist who, "knows exactly who she is and feels no need to give way," (The Southland Times).

Jenny has been mentoring for our programmes since 2017.