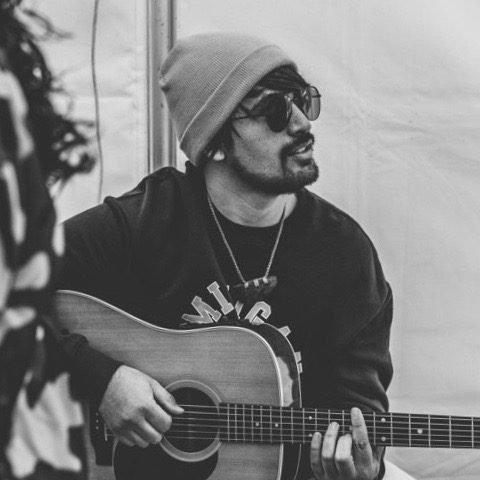 Managing Director/Producer/Music Director and Bassist for band 1814, Jimmy has been in the music industry since he was 13 years old, from 2003 to present.

His music journey began at the age of 11, 2001 his band "Crooked Tale" came 2nd at the cokesmokefreerockquest, recording music and performing at local events and bars with his Father Patu and Brother Shaun.

In 2003, Jimmy started recording music with family band 1814, Touring around the Far North, the band grew into a 10 piece band, Jimmy's role was the Music Director, writing, composing and directing the band.

In 2008, the band 1814 released second album "Jah Rydem" which reached number 1 on the indie charts, the bands popularity had them performing in every major festival across NZ by 2012, the band already performed over 500 shows, selling out venues across Australasia.

Jimmy is currently Managing the band 1814 and has finished recording and producing his latest album, 1814 RED album at Parachute Music Studio based in Auckland which is due to be released by the end of March, Touring NZ and Australia in May, June and July.

Jimmy's biggest passion is to impart knowledge and experience to youth and those who have the passion to become young artists, working alongside the Music Commission for the last 5 years has given him the opportunity to follow out that passion on a larger scale.