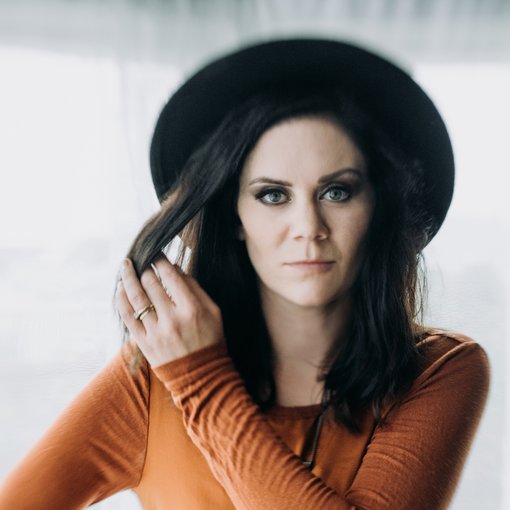 Katie Thompson is a versatile and prolific alt-country artist hailing from the West Coast of New Zealand. Channelling the timeless fragility of folk, while embodying the visceral energy of Americana, country, rock and blues influences, Katie performs at her very best live, in front of an energised crowd.
Here, she connects with the audience through the intimacy of her storytelling, as well as with her elegant, understated arrangements that can be tastefully bare, or richly uplifting, depending on the mood of the song.

The independent Christchurch-based musician now has three full-length studio albums under her belt, the most recent being Bittersweet (2019), which saw her nominated for two Tui's at the New Zealand Country Music Awards this year. The album was recorded with award winning producer Ben Edwards at his studio The Sitting Room, Lyttelton.

Cath Forsyth from Cromwell College says,
"The mentorship program is fantastic, and I appreciated Katie's input and personality with the kids. She was also great at fitting in with us as she arrived at the end of a very busy week. Thanks, Katie!"

Linwood College's Kate Coghlan says,
"Katie has been a wonderful mentor, and I know the students have appreciated her being here and I am hugely grateful for the inspiration she has provided them. Katie has been extremely helpful and has an undeniable talent for helping others with their songwriting."