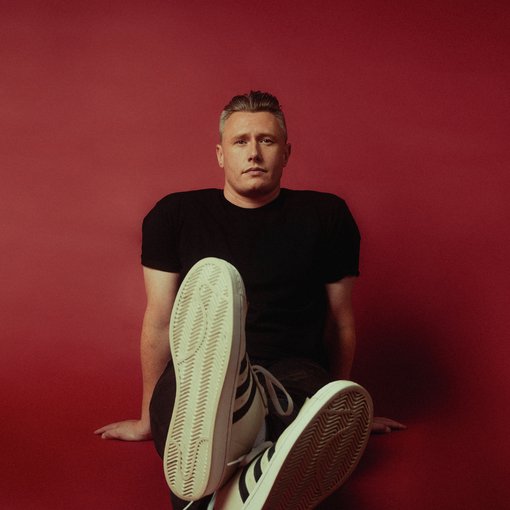 One of the most distinctive voices in modern music today, Aotearoa's Louis Baker is at a definitive turning point. Crafting songs from a place of deep artistic integrity, Louis has gathered a loyal following that spans the world over. International voices such as India.Arie to BBC 6 Music, Clash Magazine and Earmilk have shown love for what he is, and has become. To date, he has received over 12 million Spotify streams worldwide, putting his authentic style of modern soul on the world stage.

Having released a prolific volume of music since his 2014 self-titled EP (#3 Official NZ Chart), which included singles ‘Rainbow', ‘Fade', ‘Gave It All Away', ‘Addict' and ‘Black Crow', 2019 signals an exciting chapter in the world of Louis Baker - the release of the kiwi singer-songwriter's long-awaited debut album, Open. The nine track record, due out in June, came together in a cross-continental effort.

"I have wanted to do an album like this for a long time," says Baker. ""As artists, we naturally evolve and change, so it felt really nice to let some other influences out on this record, and be expressive in a different way."

'such power in Baker's songwriting' - Line Of Best Fit

Coming to life in studios across London, Los Angeles, Sydney and Baker's humble, home studio in Wellington, Open sees Baker reflecting on opportunity, change and acceptance. The album was created with the input of a worldwide network of friends including Grammy-nominated Engineer and Producer, Steve Rusch (Kendrick Lamar, Solange, Raphael Saadiq), multi-platinum selling songwriter Lindy Robbins (Andra Day, Chromeo), as well as Brad Ellis (Jorja Smith, Wilkinson, James Arthur), Laura Bettinson (FEMME) and Jordan Rakei. Open is an album formulated from Baker's reflective dialogues on letting go of the past, accepting the present and feeling open to the future.

The new record features Baker's newly released, uplifting anthem, ‘The People' which was born into the world with a moving music video (directed by Shae Sterling) that captures the loving unity and diversity of Baker's hometown.

Growing up in the working-class suburb of Newtown, Wellington, Louis developed his passion for music at an early age listening to his parents diverse record collection, which featured the likes of Miles Davis, Marvin Gaye, Jimi Hendrix and Joni Mitchell. At age 10, his mother's Yamaha acoustic guitar had a profound impact on the young singer-songwriter, sparking a life-long friendship with music. Forming an obsession with guitars, his foundation in performing took him through metal to rhythm and blues players like Hendrix and Stevie Ray Vaughan.

Since day one, Baker has carried a great sense of care and consideration for the ‘soul' of his music, whether it was in Baker's earliest, written song ‘Three Ladies' (written at age 17 and dedicated to his mother and sisters,) or his now universally adored 2016 single ‘Rainbow' (APRA Silver Scroll nomination) which has seen over 5 million Spotify streams and quarter of a million YouTube views. Respected music critic and author, Grant Smithies said of ‘Rainbow':"A glorious song this - sad and sparse, wise and true, with a restraint to the vocal that suits the vulnerability of the love-lorn lyric." Every smile, every tear, every hurdle has formed the crux of Baker's love for songwriting - an undeniably true and vulnerable vehicle for dealing with life's waves.

Throughout his career, music has taken the young singer-songwriter around the world. In 2013, Baker was chosen out of 4000 applicants to take one of only 60 places at the prestigious Red Bull Music Academy in New York. The programme included guest lectures from Brian Eno, Questlove (The Roots) and Q-Tip (A Tribe Called Quest) and also saw Louis experience a studio session with legendary hip hop producer Just Blaze.

Following the Academy, Baker spent the summer in London recording his self-titled EP with UK producer Andy Lovegrove (Supergrass, Breaks Co-Op, Badly Drawn Boy), which featured the APRA Silver Scroll nominated track ‘Back On My Feet'. Baker quickly followed up with the much-loved, ‘Just Want to Thank You'.

Baker has taken his live show on tour across New Zealand, Australia, the UK and Europe multiple times, playing at key international festivals including Field Days (London), Sonar Festival (Barcelona), Sziget Festival (Hungary), Edinburgh Fringe Festival, Glasgow Commonwealth Games (Scotland) and Splendour In The Grass (Australia), as well as Rhythm and Vines and Homegrown (New Zealand). This April 2019, Baker hits the road with R&B / soul legend Allen Stone on a tour of New Zealand and Australia, before covering a run of shows in the UK and Europe.