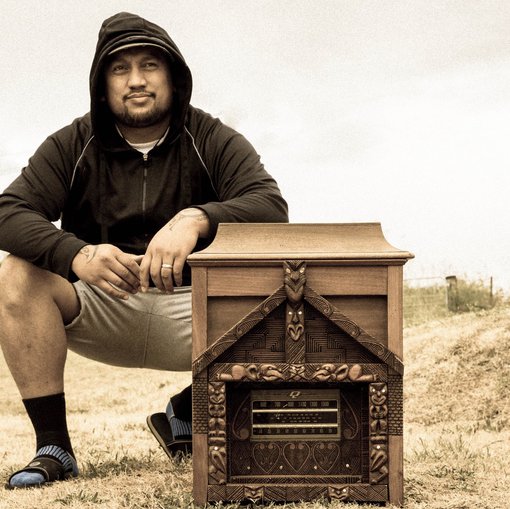 Hailing from the East Coast, Tipene made waves after independently releasing his first EP fundraiser album for the unveiling of his mother and nephew. 'Tautoko', Tipene's debut album features the elite of NZ musicians Che-Fu, Prince Tui Teka, Scribe, Sid Diamond, Dam Native, K One, Mareko and Majic to name a few.

Tipene has supported The Wailers, Bone Thugs N Harmony, Fiji, J Boog and Joe Walsh (The Eagles), also playing to crowds at Splore, Ragamuffin Roadshow, Exodus and East Coast Vibes. His 2012 release West Side Hori earned him a finalist nomination for the APRA Silver Scroll Awards the following year. The remix version featuring Sid Diamond and Sir T has clocked up more than one million views on YouTube.

The Ngati Kahungunu native holds strong ties to his community and reflects this through his work. Tipene is dedicated to helping others and was named ‘Rangatahi Leadership Award' in 2016 and Flaxmere hero in 2014 for his contribution to his community. He has supported the youth alcohol expo and helped to raise awareness for youth suicide, and has been mentoring up and coming musicians with the New Zealand Music Commission for the past two years. Tipene also opened "The Niche Aotearoa", a creative arts hub in Hastings which supports local talent in music, dance, film and art. They offer music production services, music workshops and free youth leadership programmes, providing platforms for locals to unleash their creativity.

Tipene's work is truly something special which New Zealanders can effortlessly connect with. The stories he tells through each song enables New Zealanders to relate to and resonate with what he's expressing. Featuring some of the most iconic musicians, Tautoko is set to become a landmark part of New Zealand music and its history.