The second Aotearoa SyncPosium will educate and celebrate the exciting world of applying musical artistry to film, television, video games, ads and more on the 6th and 7th of March 2023 at Q Theatre, 305 Queen Street, Auckland. 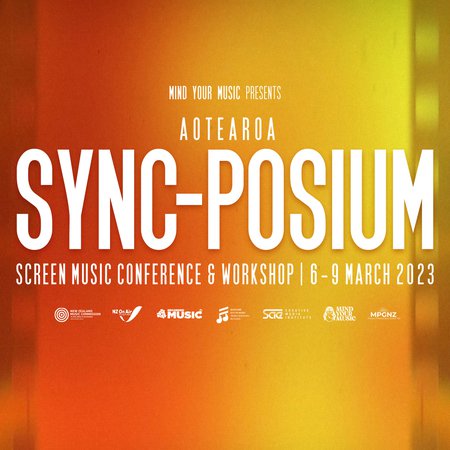 Our initial line-up of speakers who will be bringing their insight, history and advice to SyncPosium in March 2023 are:

With further guests announced in the lead up to the event!

Early Bird tickets for the Aotearoa SyncPosium are priced at $50 and available here.

The conference will be followed by the SyncPosium Workshops at Roundhead Studios on the 8th and 9th of March and will feature writing and recording workshops giving participants an opportunity to write to briefs and prepare scoring demos. Space is limited, those wanting to attend will have to fill out an application and submit their music.

The application form for workshop submissions is here.